Business Intelligence Tool? Here’s Why We Would Recommend Power BI 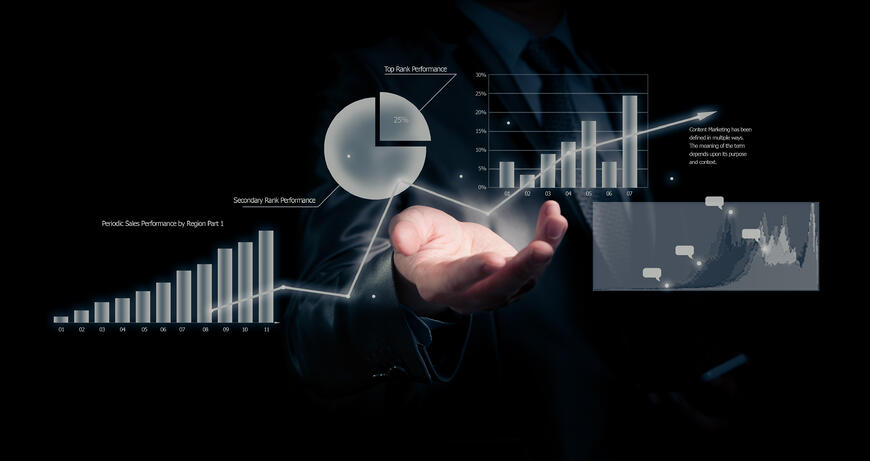 After comparing all the tools and scrutinizing the benefits of each tool versus her needs, she finally went for Power BI’s offerings. Power BI empowers the knowledge out of data and has the caliber to impress the C-league executives with its capabilities.

Following are the reasons Ana and of course, we would also recommend Power BI for your Business Intelligence strategy.

With composite data models in mind, Power BI can pull data from disparate data sources like excels, Salesforce, Google Analytics, mail clients, social networks and even the IoT devices directly and not just traditional databases, in short virtually any source. Isn’t that a super advantage? Ana just loved it because this would help her gauge the social media inputs she is always enthusiastic about.

Additionally, if the business wants to—that often happens with the curious officials—merge the already designed complex model with their own data sets like an excel sheet, then they can do it now in Power BI to get a holistic outlook.

Not just the datasets, if the data are not co-located, Power BI can merge the data from on-premise systems on the cloud. This saves the users to first bring all the data at the same platform. Data profiling is quite intuitive and helps to evaluate the correctness and completeness making it easy for the modeling task.

With the legacy data warehouse, the departments work in silos and the KPIs for the decisions are dispersed and have conflicts. This BI champion takes care by bringing a unified version of data.

All these create a win-win situation for the IT team and Business. And this is something Ana has considered as a relief for herself.

With Powerful PBI, you can connect to multiple data sources, perform data profiling and prepare data during modeling, present into meaningful dashboards and reports. Within no time, you can share these insights securely to the other users. The insights can be embedded in the apps and websites making it easily accessible to a wider audience.

The QnA feature of Power BI gives a robust solution to interact live with the data. This allows a user to type a question and the tool will change the presentation instantly. The expand and collapse (+/- buttons) in the reports is a meaty feature for visually appealing reports. Slicing and dicing options are highly enhanced. Also, users can export data into other formats like an excel sheet to analyze later. Device compatibility has been taken care too enabling anywhere-anytime accessibility.

Power BI enables the business people and executives to create simple to complex measures (if at all needed) during run time with live databases. This allows for reducing the friction between the IT team and the business folks. Now, the model provided by the IT team is far more usable and adaptable by the executives and the reporting team.

If your organization uses Microsoft suite, Power BI can simply use the Active Directory for users’ login. The lowest level of security that can be applied is at the row level, which gives controlled access based on users’ authority. A user from a finance team should and could only see data pertaining to their context. At the same time, C-league members can see complete data. Thus, a single report can be distributed to multiple users without the fear of data breach, saving time in developing separate reports based on authority.

Now, Ana is not worried about the sales data of the APAC region being distributed to US region team without permission. Also, the numbers shown in the reports and dashboards can never be manipulated.

Being a powerful cloud-based solution, this BI solution by the technology giant relieves the IT team from much effort. Host your data analytics solution on the cloud and no need to set up from scratch; it comes fast and with zero trouble. Speed and memory are not a concern anymore.

Also, if your organization has multiple solutions running on Microsoft technologies, Power BI comes as a simple to learn the tool. All the ribbons and tabs look similar to Office 365 saving the most naïve users from rigorous training. At the same time, seasoned data enthusiasts, modelers, and designers can swiftly move to the designing part and get themselves accustomed to the advanced features.

The BI application can merge itself with the existing environment and business applications are powered enough to read data from diverse sources.

Not just for the front end, but Power BI provides AI features like Natural Language-based QnA and data matching at the back end, which enhance the data modeling results. For example, the data with supposed-to-be same values but slight variations can be matched at the model level using logic inherently.

Power BI can integrate with advanced features like Cortana and NLP thus, giving quick results for the verbal data querying too. This helps in converting your data into stunning visuals and producing business intelligence for sensible and quick decision-making. Also, Gartner’s dearest tool can integrate R and Esri into itself and can be embedded in PowerPoint slides too.

No hyperbole that being market leader in software, Microsoft’s brand name gives a heap of confidence to the users and enterprises using PBI. In 4 years of its release, Microsoft updates Power BI constantly based on the ideas and feedback received from the users’ community. In this short span, Power BI has established a strong foundation with quick customer support. Frequent updates being released and enhancements being updated are a valuable aspect for Ana to nod a yes for this young market player.

Starting with a free version, the Power BI desktop can create visualizations by bringing in data and preparing model out of the data. The Professional version comes only at $9.99/month/user, which suffices a single user or a smaller team contemplating for a small project. The premium version offers high capacity on computing power with a dedicated cloud mainly aimed at businesses operating at the enterprise level.

The Road Ahead with Power BI

After finalizing the tool, Ana has the next challenge to build an analytics team and begin the project. With Power BI in her armor, she is sure to improve the organization’s decision-making and make it simpler for all the stakeholders right from a manager to the top-level executives.

Have you identified the right fit for your analytics necessity to drive growth according to the business insights? Not yet, then reach out to us for a crisp consultation.

We are a team of cross function and cross industry experts who build, test, and deploy analytical solutions to assist organisations in increasing process efficiency and reducing business risks.